Even though Argentina is still a carnivorous country, there are more vegetarian and vegan restaurants than ever before

When people wax poetic about the gastronomy in Buenos Aires, they’re talking about meat: carne asado, bodiola, choripán. Thanks to a large Italian population (approximately 25 million Argentinians are of at least partial Italian descent), there’s also plenty of gnocchi and pizza — but primarily, Porteños (a nickname for residents of Buenos Aires) eat animals. In 2016, Argentina came in third after Australia and the U.S. for highest meat consumption per capita. So if you’re vegetarian, vegan or just a person who chooses not to consume pork shoulder  on a daily basis, Buenos Aires might seem like a daunting travel destination. What will I eat? What if there’s no point to this trip without Milanesa or beef empanadas?

50 Undiscovered Wonders of the World

But you’re just operating under old assumptions. In recent years, there’s been a vegetarian boom in Buenos Aires. “I was a vegetarian when I first arrived in 2006, and it was extremely difficult to find delicious food,” Allie Lazar told The Daily Meal by email. She’s an American expat living in Buenos Aires and creator of the blog Pick Up the Fork. “When I would order at restaurants, even if I said I was a vegetarian, I would have to double-check that the dish didn’t contain meat. Today, even though Argentina is still a carnivorous country, there are more vegetarian and vegan restaurants than ever, plus many great regular restaurants with vegetable-forward dishes that do not contain meat products. What’s changed is that the younger generation’s counterculture is rejecting the national identity and embracing vegetarian and vegan lifestyles. Plus, meat isn’t as affordable as it used to be.”

These days, vegetarians traveling through Buenos Aires have endless options to keep them satiated between tango classes. (Oh, and good news: Malbec is naturally meatless.) Check out these veggie haunts the next time you find yourself in Buenos Aires.

BIO Solo Orgánico
One of the old-school vegetarian staples in Buenos Aires, BIO Solo Orgánico, opened in 2002 in the Palermo neighborhood and became the first certified organic restaurant in the country. Sip a biodynamic wine and order the quinoa risotto prepared with seasonal vegetables and brie. If you like the menu (you will), sign up for one of their on-site cooking classes.
COMPLETE ARTICLE: THE DAILY MEAL
Compartir
Share on Facebook Share
Share on Twitter Tweet
Volver al listado de novedades 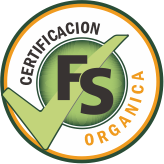